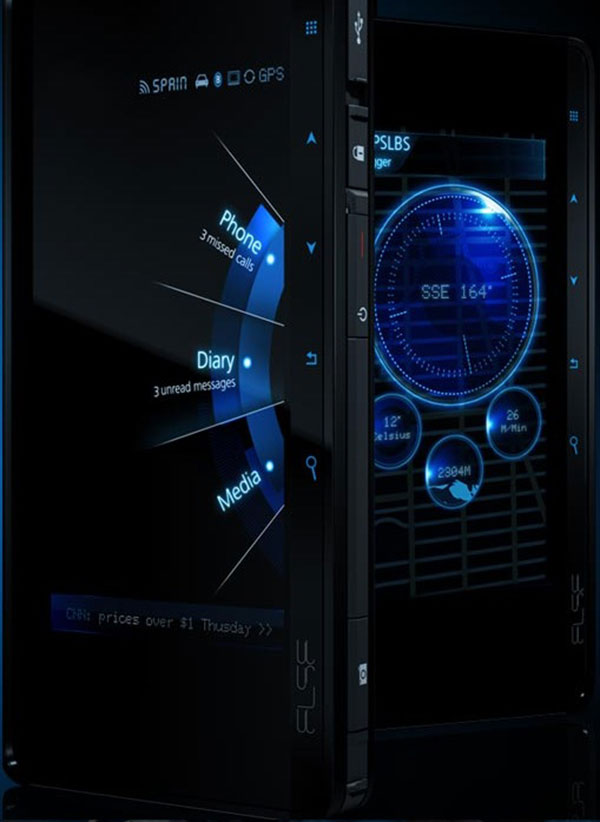 Google’s Android might be the first thing that comes to mind at the mention of a Linux-based mobile operating system, but it’s not the only player in the Linux game. There’s also the ELSE Intuition OS that powers the ELSE First smartphone from phone maker ELSE. The ELSE Intuition OS is based on the ACCESS Linux Platform (ALP) and features a unique homescreen UI that was designed to be used with one hand. All the most important UI elements are within easy reach of your thumb, making it easy to navigate the touch-based operating system. The company was unofficially attending CES 2010 to show off their ELSE First phone and Intuition OS in a guerrilla-style “booth” that they set up in an unused conference room. We’re not sure what to think about a mobile phone maker that doesn’t make the cash investment to set up an official presence at CES, but the ELSE Intuition OS wasn’t half bad.

Despite the fact that the ELSE phone and OS were both at pre-production status, and clearly need work before any sort of launch, the unique ELSE Intuition UI was intuitive and innovative enough to hold our attention. Both the phone and the UI were designed with one-handed operation in mind. As you can see from our hands-on video (below), the UI is tailored to be used with your right-thumb, and your right-thumb only. Navigation buttons line the right side of the device as well, putting them within easy reach of your largest digit.

While the demonstration of the UI and the photo gallery feature were good, ELSE neglected to prepare a web browser demonstration. We’ve been seeing a lot of mobile devices at CES lacking any sort of web connectivity, but a lot of what makes a smartphone a smartphone is its ability to surf the web and take advantage of a wireless data connection. We’d like to say the ELSE is a great phone, but without a more thorough demonstration, we can only say the the ELSE Intuition OS is innovative and interesting.

The video should tell you more.

If you have a Nokia N900 in your pocket (or in your hands as you read this), consider yourself lucky....