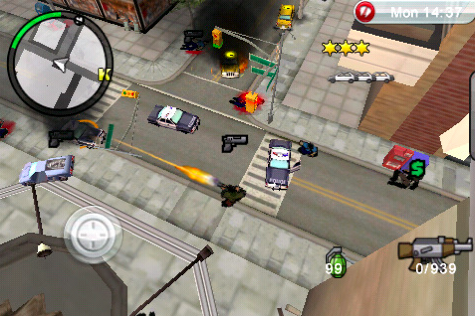 Late last summer, Rockstar announced it was bringing Grand Theft Auto: Chinatown Wars to the iPhone / iPod Touch platform.  Originally, Rockstar Games had planned to release the game in Fall 2009, but they quietly pushed back the release date.

Today, Grand Theft Auto: Chinatown Wars can finally be downloaded through the App Store for $9.99.  When you consider the Nintendo DS version costs $19.99, and the PSP costs $29.99, the you’ll see how much of a bargain this price point is for the title.  If that wasn’t enough to sell you on the game, its been critically acclaimed by almost everyone in the press.

Yelp has spent a lot of time with Android lately, but iPhone users will be happy to hear about "the...