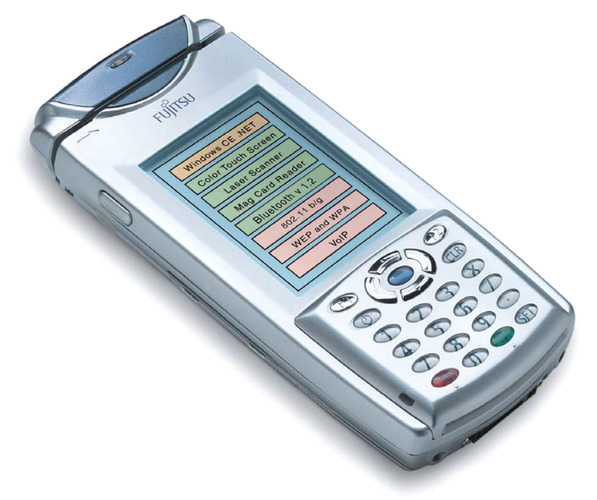 It seems Apple’s decision to go with the questionable “iPad” moniker for its tablet device wasn’t all that innovative. Just as Apple came up against trademark issues with its iPhone all those years ago, Apple is again treading on a trademark that might already be owned by another company. Fujitsu says that they first filed for a trademark on the iPad name back in 2003, and is looking into taking their claim to Apple’s legal department. The Fujitsu iPad was launched back in 2002 as a Windows CE.NET-powered touchscreen PDA-thingy that boasted a 3.5-inch color touchscreen, WiFi, Bluetooth, an Intel processor and supported VoIP internet phone calls. Someone apparently forgot to tell Steve Jobs.

Fujitsu’s director of public relations, Masahiro Yamane, said that “It’s our understanding that the name is ours.” Yamane also confirmed that “mobile” is a keyword used to describe the Fujitsu iPad, which might make it hard for Apple to argue that its decidedly mobile iPad tablet is different enough to use the iPad trademark without any legal tie-down. Fujitsu says that it is preparing for the next steps in what we have to believe will be a legal battle for rights to the iPad name.

Here’s the thing, though. Fujitsu technically abandoned the trademark in early 2009, only to realize its potential value and reapply for the name in June of 2009. Apple applied for the same international trademark shortly thereafter, and has since petitioned the USPTO for more time to gather evidence to oppose Fujitsu’s trademark application.

As it stands, Apple has until Feb. 28th to make the case for the USPTO granting Apple the rights to the iPad trademark.