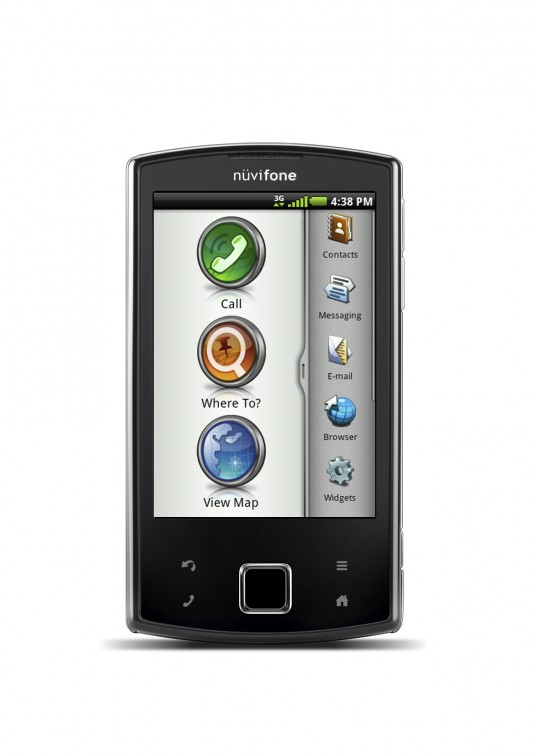 Garmin and ASUS’ joint nüvifone family is expanding rapidly, and at Mobile World Congress, we got a chance to check out the newest addition, the Android-powered A50. Garmin-ASUS had announced the A50 and M10 just a few short days before the (arguably) biggest mobile event in Europe, although the M10 had already made its grand entrance in Taiwan back in January.

The A50 struck me as particularly slim, responsive, and different from many of the Android handsets floating around. The Breeze user interface is consistent with what has already been established with the G60, namely in that the three main tasks are big enough to be easily accessible when stationed in the bundled car dock. One thing I had learned about the nüvifone is that it uses 5 different geolocation technologies to increase the speed and precision of GPS locking – very cool stuff. Unfortunately, it seems like Garmin-ASUS is putting their leading foot forward with the Windows phone – I would really have liked to see that WVGA display and 5 megapixel camera on the A50 instead.

In any case, there’s no word on North American availability just yet, but Orange in Europe has pledge to pick up the A50 – pricing is to be determined.

SRS Labs may have joined the LiMo Foundation, but that doesn't mean they are not looking into other Linux-based platforms,...