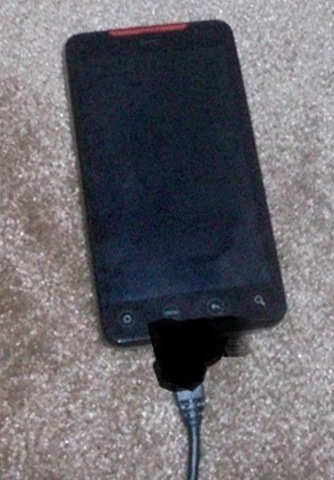 Sprint may not yet have a truly nationwide WiMAX network up and running in the US, but they’re making preparations to launch the first WiMAX phone in the US this year. Sprint has confirmed to Forbes that the No. 4 3 US wireless carrier will drop some sort of WiMAX phone on the American people in the first half of this year, and not by year’s end, as has been previously stated by WiMAX provider Clear. The phone is most likely going to be an HTC smartphone, making the incredibly feature-packed HTC Supersonic Android phone.

The big take away from this latest bit of news is that Sprint will probably be launching a dual-mode phone that can hop between Sprint’s CDMA and still-developing WiMAX network. That bodes well for the HTC Supersonic becoming Sprint’s first WiMAX phone. The Supersonic sports a 4.3” AMOLED display, 5-megapixel camera, 1 GHz processor, FM radio, and a handy little kickstand – all powered by the Android 2.1 OS, infused with Sense. The Supersonic is like an HTC HD2 with WiMAX connectivity that gives you up to 10x faster speeds over 3G (when you’re within range of the 4G network, that is). We can’t wait.

Looks like some new countries have been graced with an Apple App Store presence. This, according to Apple's iPhone Developer...