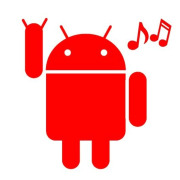 Mobile Roadie has expanded its rich-media app platform to now include Android. The platform had previously been iPhone only and it was billed as a way for people and companies to easily create good-looking apps that are integrated with iTunes, Amazon’s MP3 store, YouTube, Flickr, Twitter, Facebook, and a host of other familiar online services.

Mobile Roadie said you don’t have to have programming experience to use the platform, as its content management system is supposed to be dead simple to use. If you’re a band, it would be pretty easy to create an app to plug touring schedules, stream media, or sell tracks from iTunes or Amazon. Existing iPhone customers won’t have to change anything to get their app on Android and the service is currently being used by big names like Ashton Kutcher, Dolly Parton, and the adorable Taylor Swift will soon have an app too.

I don’t care what anyone says, a write once, run anywhere platform will never be as good as specifically-tailored content. But when you consider that a professional iPhone app can cost upward of $20,000, Mobile’s Roadie’s setup fee of about $500 and $30 monthly charge could be reasonable for a small business looking to dip its toe into the app space.

I had to include Dolly Parton’s quote from Mobile Roadie’s blog because it’s hilarious fake-folksy, PR-written stuff. “My first phone was two tin cans tied together with string, and it worked pretty good. But now you can watch TV, download music and surf the web from your phone. Sure beats smoke signals. I never thought in my lifetime, that you’d be able to watch movies, read books and listen to music from a phone, but I guess the technology of tomorrow is here today.”

Finding cool new iPhone apps on the iTunes AppStore can be frustrating, what with over 150,000 different apps cluttering its...