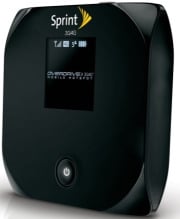 Sprint is moving along with its WiMax deployment and said the 4G service would be in major cities like Boston, New York, San Francisco and Washington, D.C. by the end of the year. The third-largest carrier is expected to blanket 120 million people by the end of 2010 and this should give it a sizable lead over Verizon, which will begin its 4G deployment based on Long-Term Evolution this year.

The WiMax infrastructure will be put up by Clearwire, which Sprint has a majority interest in, and it will also hit Denver, Kansas City, Houston, Minneapolis and more markets that will be announced at a later date. Sprint’s hoping this fast network will help it reclaim some subscribers from Verizon and AT&T.

“While other national wireless carriers are just talking about 4G, the Sprint Now Network already offers the reality of 4G now in a large number of markets across the country, with many more to follow this year,” said Matt Carter, Sprint’s president of 4G, in a trash-talking prepared statement.

While LTE has the theoretical potential to deliver 100 Mbps, real-life implementations will definitely be lower. Sprint’s WiMax services are already offering 3 to 6 Mbps and this amount of real-life mobile bandwidth does change what you can do on the go. We’ve already seen the 3G/4G Overdrive hotspot and we should see a WiMax-compatible handset by the fourth quarter. If nothing else, this move will spur AT&T, T-Mobile and Verizon to focus on beefing up their competing mobile data networks.

Tele Atlas has announced that Vodafone Group has deployed Tele Atlas maps and location content in the recently launched Vodafone...