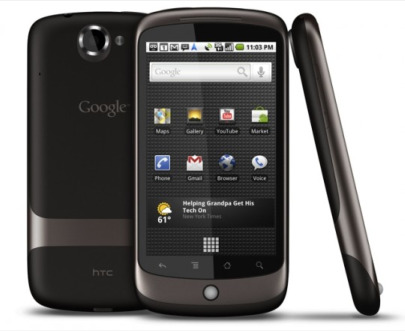 It looks like Verizon Wireless customers won’t have to wait long for the Nexus One, as a very similar handset just passed the FCC and it’s rocking dual-band CDMA EVDO radios. While the FCC filing doesn’t specifically out the HTC handset as Google’s “superphone,” its model number, PB99300, is very similar to that of the Android-powered Nexus One, PB9910.

During the official Nexus One announcement, Google said it would be bringing the handset to Big Red in “spring 2010.” While passing the FCC doesn’t mean a launch is imminent, handsets that jump through the governmental hoops are generally no more than a month or two out. The smartphone will likely be sold through Google’s online store but I don’t see the point of it being unlocked because it’s nearly impossible to hot swap between Sprint and Verizon. The Nexus One has had relatively poor sales so far because there have been connection bugs, poor customer support and T-Mobile is the smallest U.S. carriers. Getting in front of Verizon’s 91 million subscribers should help goose sales.

This means Verizon will be able to offer another cool smartphone to go along with the Motorola Droid, HTC Eris and Palm Pre Plus. But I have to wonder if the company’s network will be able to stand up to a horde of data-hungry users. Voice and data service on my Droid have been phenomenal over the last few months but a recent 3G performance test conducted by PCWorld indicates Big Red’s data network is being hammered by its new smartphone users. Regardless, the Nexus One is a sweet device and it’s miles ahead of the Droid in terms of responsiveness thanks to the Snapdragon processor. The handset continue to get better too, as Google is pumping out feature-rich software updates at a steady pace.

Cheaper iPhone with new controls may come this summer

Apple will be bringing out lower-cost iPhones this June with new, gesture-based controls, according to Morgan Stanley analyst Katy Huberty....