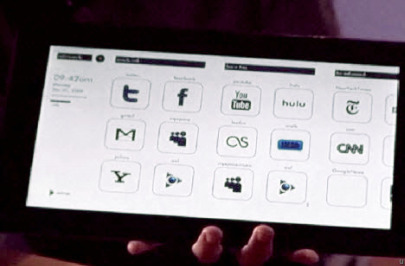 The controversial JooJoo has been hit with delays but Fusion Garage said it will begin shipping the web tablet March 25.

The company said a manufacturing issue came up when creating the industry’s first 12.1-inch capacitive screen. Those problems have been resolved and those that pre-ordered the non-Crunchpad will get a free accessory in exchange for the delay. I did get to play with the JooJoo a few months ago and was more impressed than I thought I would be.

The industrial design is sleek – almost looks like an Apple product – and the multitouch-capable screen looked great. The overall responsiveness of the device was good but the typing was pretty sluggish. Fusion Garage said it has been working to fine tune the touch sensitivity of the screen, so that could squash some of the typing problems I had. It has 802.11n WiFi, Bluetooth, 4GB of storage that will mostly be used for caching, and it will also support Flash. This means you should be able to watch full HD videos on sites like Hulu – although this didn’t work when I used it due to the spotty WiFi in the hotel room.

Discounting all the TechCrunch garbage (get a freaking contract man, you’re a lawyer), the JooJoo would be a cool device for geeks but the $500 price tag is just too much to swallow. Oh yeah, there’s also this little thing called the iPad and it will be the same price, have usable on-board storage, probably browse the web better (save for Flash), will have a massive marketing push, and it will have that content juggernaut that is iTunes. If Fusion Garage offered the JooJoo at half the price I still think mainstream users would opt for the known quantity of Apple. We’ll hopefully soon get a chance to review one of these bad boys but feel free to check out the video below I recorded of the JooJoo in action.

CDMA Nexus One passes FCC, could be on Verizon soon

It looks like Verizon Wireless customers won't have to wait long for the Nexus One, as a very similar handset...