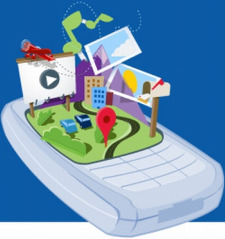 Google’s European boss made it clear how important the mobile space is to the search giant, as he said smartphones will make make desktops second-class citizens in three years.

“In three years time, desktops will be irrelevant,” said John Herlihy, Google’s VP of global ad operations, during a Digital Landscapes conference. “In Japan, most research is done today on smartphones, not PCs.”

Herlihy’s comments echoes those made by CEO Eric Schmidt during the last Mobile World Congress and the search giant has been making aggressive moves to establish itself on the mobile web. Google has versions of its programs and apps for nearly every mobile platform, its Android operating system is gaining traction, and it began selling its own hardware with the Nexus One. We’ve also seen this mobile-first strategy firsthand with the release of Google Buzz, which is arguably more useful on an iPhone or Android than it is on a PC.

“Mobile makes the world’s information universally accessible,” said Herlihy. “Because there’s more information and because it will be hard to sift through it all, that’s why search will become more and more important. This will create new opportunities for new entrepreneurs to create new business models – ubiquity first, revenue later.”

I write for this site because I truly believe that smartphones can have a significant impact on our daily lives. My mom, the least tech person in the world, just bought an iPhone and it has already helped her with her real estate business. You’d be hard-pressed to find someone in the tech industry who doesn’t agree with the main ideas Herlihy is spouting – even Apple has re-christened itself a “mobile device company.”

I think the three-year timeline is rather ambitious, particularly in the United States where we still don’t have 3G ubiquity. Sprint and Verizon are making strong pushes roll out 4G and these increased speeds could greatly contribute to the decline of desktops. But lets not go too crazy here, the desktop will always have its place due to things like screen size, work, horsepower, and other factors.