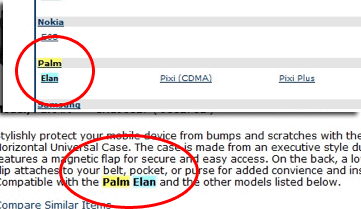 PreCentral brings us an interesting rumor involving the ever-struggling Palm and AT&T (which has its finances under control). Apparently, the once-famous Treo maker is working on a new webOS device – Elan. Details are scarce at the moment, but it seems we’re talking about a high-end all-touchscreen phone, which if released, will first hit AT&T and European GSM carriers.

Don’t hold your breath for too long, though – it may not happen at all. Some other sites claim Elan is actually the other name of Pixi (GSM version of Pixi, that is). On the other hand, the leaked document above goes in different direction – it has “Elan” and “Pixi (CDMA)”. It maybe just me, but I would expect to see something like “Pixi (GSM)” instead of Elan, if we’re talking about a GSM version of the device.

We know AT&T is eager to join the somewhat dying webOS party and the GSM-based Pre has cleared the FCC hurdle recently. Meaning, we could see the Pre on AT&T’s store-shelves within a month or so. My bet is they are waiting for the CTIA Wireless in Las Vegas to go all official with the announcement. Hopefully, we’ll have more information on Elan by then.

In the meantime all of us can hope the former is true – Elan is a new device and not a new name for the Pixi. Don’t get me wrong, Pixi is a cool little device, but these days if you’re not WVGA, you’re simply not that cool. Right? 😉

FCC has blessed the recently announced Nokia C5 with the seal of approval. Don't get too excited, though, it's the...