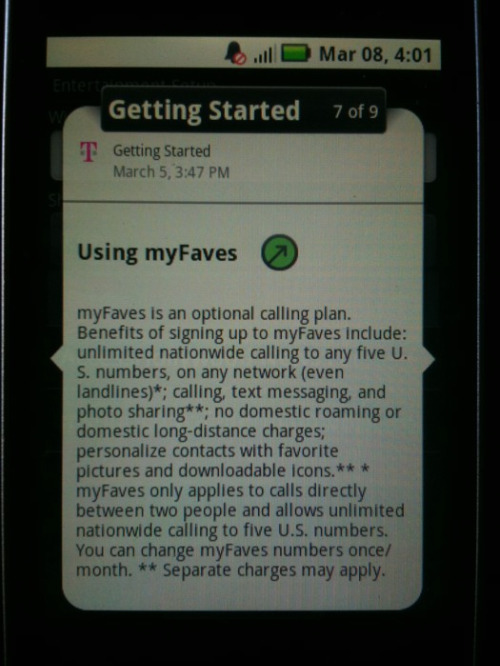 The Motorola Backflip came out this weekend for AT&T and it looked like a standard mid-range Android device. Even at it’s best, the Backflip probably wouldn’t blow you away but some news is bubbling up that shows it’s completely bush league.

First of all, the Backflip is loaded with AT&T’s bloatware and the default Google search is completely replaced with Yahoo. Business is business, so you can’t blame AT&T too much for monkeying with Android, but you can blame them for not allowing you to delete those carrier apps or install apps that don’t come from the Android Market. According to Phandroid, you can’t install programs from other app stores even if you put them on your microSD card while it’s connected to your computer. This is probably AT&T trying to ensure the Backflip Android experience isn’t tainted by bad apps but it goes directly against what the company said it planned to do with the operating system.

If that wasn’t bad enough, Eric Zemen of Phonescoop, said on his Twitter stream that the MotoBlur on his Backflip gave him the option to set up myFaves. Of course, myFaves is an exclusive calling feature of T-Mobile. This may very well be that his phone was an early version, but someone really crapped the bed at AT&T. Our Backflip is coming to Intomobile headquarters shortly, so stick around for a full review.

[Via Phandroid, Phonescoop, and Engadget]

Gowalla takes the beta off its Android app, now available in Market

A little late to the Android game, Gowalla has officially released its app Gowalla application for the Android Market! Now...