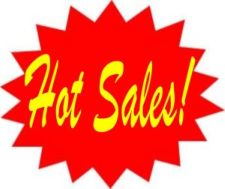 It looks like these smartphones aren’t just a fad, as a new report from ABI Research said the smartphone market boomed in the fourth quarter of 2009.

The fourth quarter is always good for cell phones and smartphones because it’s the holidays and many people get a shiny new iPhone or Droid as a gift, but this last one is a good sign because it’s an indicator of a larger overall recovery. There was a 25% growth in the fourth quarter compared to the third, but the third quarter only saw a 3.6% growth over the second. Apple continued to retain its “cool factor” and it had a solid quarter, while Research In Motion and Nokia also had strong showing, ABI said. Nokia shipped 21 million smartphones during the quarter – up from its usual 15 to 16 million – but it may have problems with long-term growth because of its small presence in the United States.

“The United States is now the leading market for smartphone ‘mindshare’,” said analyst Michael Morgan in a prepared statement. “Vendors view success there as a springboard to success in the rest of the world.”

There has been a lot of confusion regarding the state  of two-way Gmail syncronisation in BlackBerry Internet Service 3.0 lately,...