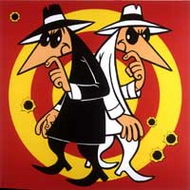 It was back in 2007 when we talked about the French government decision to ban the use of BlackBerry devices among its high level officials. As expected, security issues were quoted as reasons, and now we have the same thing repeating in Belgium.

The move is initiated by the Belgium security service, which said that Belgium ministers should no longer use BlackBerrys to exchange confidential information, since the “chance of interception of that information by foreign powers is too great”.

I’m not sure what to take from that. Can they still use their push-email enabled devices to stay in touch with their families and have a separate phone for the country-specific messaging, or what?

This could turn to be a major hit for RIM as other governments, especially in Europe, could follow the example. On the other hand, Microsoft could take advantage of the situation and offer its solutions as more secure alternative. Their mantra is simple – you want the secure communication, fine – grab the Exchange Server and install it the way you want. Add firewalls and more security layers, you have the license – we don’t have to host your emails.

Any thoughts? Comments form is all yours…

Telenor Pakistan: Consolidation must happen in order to move to 3G

The Financial Times interviewed Jon Eddy Abdullah, CEO of Telenor Pakistan, in which he said that market consolidation will be...