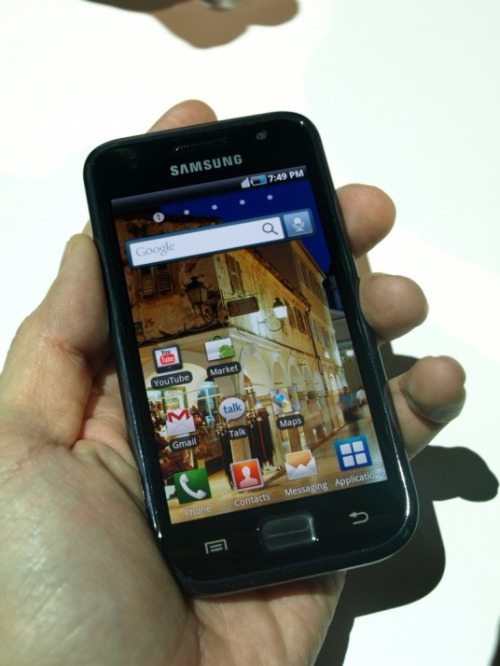 The Galaxy S was a really nice phone at CTIA but old Samsung wouldn’t even come close to saying what carrier(s) it would be coming to. Well, thanks to some digging from the folks at PhoneScoop and MobileCrunch, we have some good evidence that it, or a device like it, will soon be coming to AT&T.

The Bluetooth Special Interest Group recently certified a Samsung device that has a 4-inch AMOLED screen, TouchWiz 3.0, Android and will support EDGE/GSM quad-band (AT&T’s bands). Sounds like the Galaxy S, right? Well, not exactly because the SIG calls this device the I897, while Samsung described the handset as the I9000. This could mean we’ll get some variation of it here in the states, maybe it could be the Galaxy Pro?

AT&T has promised to support Android but so far we’ve only seen the weak Motorola Backflip. A Galaxy-like device would really help boost the blue carrier’s Android portfolio. Check out the hands-on video we got of the handset at CTIA, you can kind of tell how amazing the display is.

BMW Roadside Assistance app coming to a smartphone near you!

Starting Thursday, April 8th, BMW will released their Roadside Assistance application to almost 20 Android phones, the iPhone and to...