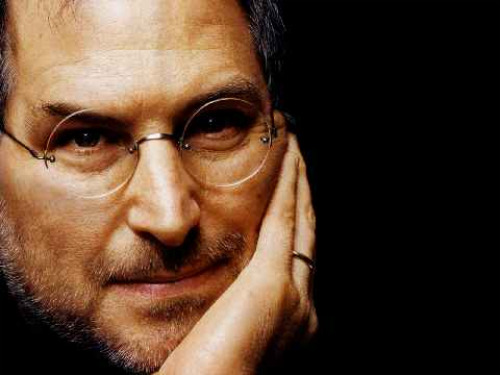 It’s Friday and we’re already starting to think about the weekend. But, dear readers, I’ll be giving you weekly recaps of what happened in the mobile world in case you actually weren’t hitting refresh like crazy on our home page. The big news this week was Apple’s iPad and iPhone OS 4.0, but there we saw Palm’s CEO defend the company, the official Twitter client appear on BlackBerry, and more. Read on after the jump for a breakdown of this week’s hot stories.

Apple started the week off strong with Saturday’s release of the iPad and the IntoMobile team braved the harsh weather of Palo Alto to be some of the first in line to buy the tablet. The device has sold more than 400,000 units, which is pretty impressive considering there was no clear market or usage case for it. The device has been pretty well-received but there have been a few wonky issues with the WiFi.

I’m finding the iPad does have more uses than I thought it would. The keyboard’s not that bad and it’s a breeze to take notes in a public setting without having to clack away at some loud keys. We’ll have plenty more iPad coverage and thoughts, but feel free to let us know your experiences in the comments below.

Apple also rolled out iPhone 4.0 and it brought multitasking, a social gaming network, a mobile advertising platform and more. The third-party multitasking is not system-wide like it is on Android or Windows Mobile but it should open the door for a variety of useful apps. You can read our whole staff’s reaction here but editor-in-chief Will Park summed it up pretty well.

Apple is all about playing catch-up with the latest smartphone features for their iPhone OS. But, the one thing you can always count on is that Apple will bring those features to market with incredibly polished UI’s that are both easy on the eyes and easy to use. It took Apple years to bring cut-and-paste to the iPhone OS, but when they did, it was unarguably the best smartphone cut-and-paste UI available at the time. Now, Apple is doing the same with multitasking and mobile ads. The iPhone 4.0 OS’s multitasking paradigm is simple yet robust enough to allow you to get your productivity on. The integration of iAd into the OS will redefine the way mobile ads are displayed and integrated into mobile apps. And, with the new homescreen folder feature and support for Bluetooth keyboards, the iPhone will become an even better productivity tool. Too bad we have until Fall for iPhone 4.0 for our iPad.

Palm’s been hurting for the last few years but the webOS operating system was supposed to be its rocket ship back to profitability. That didn’t happen and the company is struggling to move units. In a long interview, Palm CEO defended some of the moves it has made and expressed optimism about the company’s future. He also believes the situation at Palm is not dissimilar to the environment he encountered at the pre-iPod Apple.

When I got to Apple the company was dying. We brought out the iMac, and the company was really successful, and then the economy cratered, and we went through a major dip, which took like two years to dig our way out of. And during that time period we invested very heavily in R&D and Wall Street was very unhappy with us, because the numbers looked ugly. But then when the economy turned, we had a bunch of really cool products ready to go, the iPod being one of them, and the company quickly scaled up to the point where the economics just made sense.

The company’s stock had been steadily declining for a month but there was a sharp uptick the last couple days as rumors said Lenovo or HTC would buy the handset maker. A deal would make sense for both companies – HTC is dying for its own OS and Lenovo needs some more cred in the smartphone space. Many analysts say Palm is worth a little north of $1 billion, so any deal would take some time.

The official Twitter client for BlackBerry just went live in beta form. Built by Twitter and Research In Motion, the app lets you shoot out tweets, check for mentions and view your messages. The interesting thing about this app is that it’s well-integrated into the platform, so you can get your tweets in your BlackBerry mailbox and even get homescreen notifications. I had a chance to play with this at CTIA and I was impressed.

Next week’s shaping up to not be so Apple heavy, so rest easy. Microsoft’s unveiling some new devices Monday and a little birdie told me these things are going to be more powerful than we expect. You know we’ll be on top of that and all the other hot scoops in the mobile world, so keep it tuned here.

There's nothing like an eye-catching infographic to wrap up the week. Aside from iPhone OS 4.0-related news, this past week...