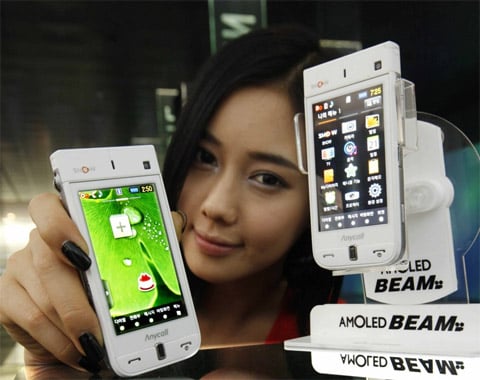 Samsung has launched a new projector-equipped handset in South Korea – Beam SPH-W9600. As it’s not a smartphone, it’s not a device we want — unlike that sexy i8520 Beam (Halo) that was announced during this year’s Mobile World Congress in Barcelona.

In other words, we could think of the W9600 as a successor to the W7900 model, which also came with a built-in pico projector.

Price wise, the new phone will sell for 900,000 won, which is whooping $806. That’s through KT, which scored the deal with Sammy to sell this baby — though we doubt it will move many units at that price.

Fishlabs working on a game for Nokia’s tablet?

First we heard a rumor that Nokia is working on its own tablet and now apparently we have one of...