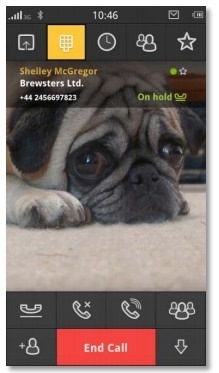 Earlier this year, at Mobile World Congress in February, Intel and Nokia announced that they were going to merge their Mobiln and Maemo projects together and form MeeGo. This hodge podge of operating systems, one meant for x86 based netbooks, the other for ARM based mobile phones, would be managed by the Linux Foundation and use Qt as a common development framework. The bigger an open source project gets, the more chefs in the kitchen, the slower progress occurs.

Google gets yelled at by some in the open source community for their failure to upload patches upstream, and that when they say they’re going to release something as “open source” they just dump the code for anyone to download and don’t really care about what the community does with it. Then again Google is also the one pumping out new versions of Android faster than hardware manufactures can keep up.

Consumers don’t really care about any of this.

Regular people want to hit the power button on their laptop and have it turn on as fast as humanly possible. They want to be able to watch their movies, play their music, and create/edit the documents that like it or not, we all deal with on a near daily basis. Mobile phone users are a bit more picky. They want a user interface that is at least as good as the iPhone, if not better, while at the same time getting the basics of telephony (calling, SMS) to bullet proof status.

MeeGo then, version 1.0, isn’t so much a demo of “this is what’s going to dominate the market”, but instead more of a “we made an announcement in February, and look what we’ve done over the course of 2 months”. It’s impressive how seamless the demo is, but like all things setup in advance, whether or not it’ll function like this in the real world is another challenge all together.

The number of components that work together in this demo, from the movie playing, to the content delivery system, to the mobile coupons, to the operator delivered QR code, are not trivial pieces in a puzzle of a picture of digital utopia, instead they’re more like choke points that entrepreneurs with dollar signs in their eyes see as a point of interaction where they can get a nickel or a dime.

Anyway, the thing you care about, will Nokia make a mobile phone that looks and acts like what you saw in the video above? The short answer is no. Read this piece by Attila Csipa to get a better picture as to why. Nokia, similar to what HTC does with Sense UI on top of Windows Mobile and Android, will take the MeeGo code and throw their own Nokia flavoured sauce on top before shoving it on a product that’ll eventually hit the market. The next version of Maemo, code name Harmattan, is in “a tough spot” according to Attila. Nokia confirmed that we’ll see a Maemo 6 device hit the market in 2H 2010, but what will Maemo look like in 2H 2010, and will Maemo even still exist in 2H 2010, are things that have yet to be decided.

Too many chefs, too many problems.

Fone Care Pty Ltd, which operates Nokia Care Centres throughout Australia, is apparently asking its customers who to sign a...