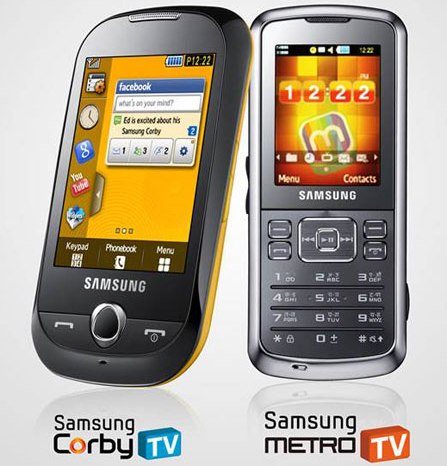 Samsung has launched two new TV-enabled devices for the ever-growing mobile market of India. The new phones include Corby TV and Metro TV, both of which come with a pre-installed application that allows watching of Live TV and other video content.

Speaking of the application, it’s called MimobiTV Mobile TV and it was developed by Apalya, giving users access to on-demand content from more than 40 channels on both CDMA 1X and 3G networks. Existing Corby Speed (CDMA-based Corby) users can upgrade their phones for free and get the software on their device, too.

As for the Metro TV, it comes with a 2-inch screen, 2-megapixel camera, mobile tracker, FM Radio, microSD expansion slot, and support for 9 Indian regional languages. Samsung is selling the device for Rs. 6,999…

Fancy yourself a geek, do you? Well, consider your geekiness outdone by Neil Fraser. Armed with a Google Nexus One...