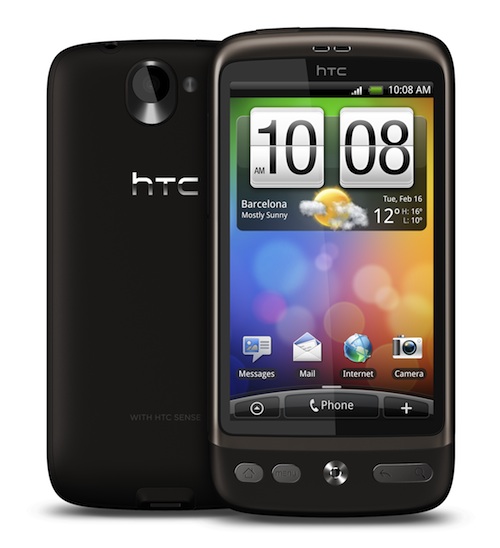 Just as inventory had suggested, U.S. Cellular has announced that by way of Facebook they’ll be releasing the HTC Desire:

The worst kept secret in online history! HTC Desire with Android from U.S. Cellular, coming this summer after our rigorous testing is complete. Now have fun guessing which other Android phone we’ll launch.

Elsewhere in the world, 3 UK will have the HTC Desire, but there’s no indication of any other American carriers getting this beauty of a smartphone. Although it looks an awful lot like the Nexus One (both have Android 2.1, 5 megapixel camera with flash, 3.7″ WVGA AMOLED screen), the Desire is loaded up with HTC’s custom Sense user interface, which many find more palatable than the cut and dry “Google Experience” of the Nexus One.

No word on specific dates or pricing, but that will likely come soon enough. Now, which other Android phone could they be hinting towards?

We already know the Dell Mini 5, or Streak, will be hitting AT&T later this year but the device has...