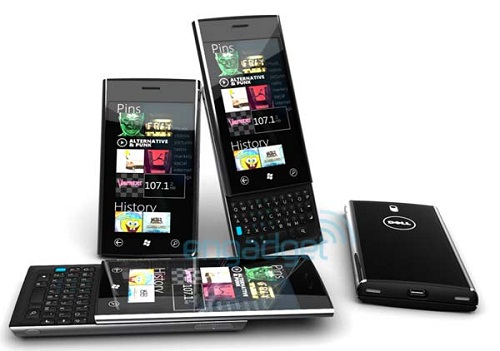 Dell’s first smartphone didn’t exactly knock our socks off but Engadget got a hold of its upcoming Windows Phone 7 handset and the thing looks pretty dope.

The Lightning’s form factor stands out because it will be a portrait slider and it looks pretty thin and sleek. It will reportedly rock a 1 GHz Snapdragon process, 4.1-inch WVGA OLED screen, 8 GB of storage, 512 MB of RAM, GPS, accelerometer, FM radio and probably WiFi. There should be separate versions for AT&T’s and T-Mobile’s 3G networks and it’ll have full Flash support (take that Apple!).

Look for it in the fourth quarter of this year but don’t expect it at WP7 launch (don’t worry, Samsung will probably have something cool out of the gates). Engadget also has some slides on its site showing a future version should be rocking Long-Term Evolution in the not-too-distant future. Cool beans.

So, how say you? Do you like this form factor?