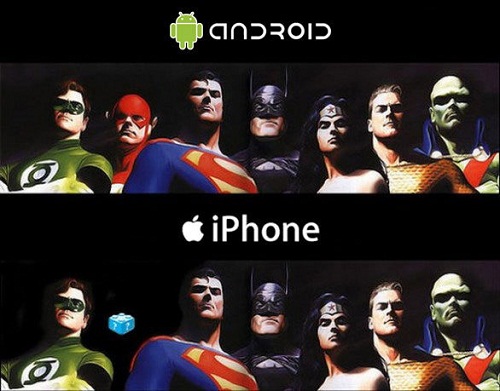 That hot thing Apple may have dumped Flash and AIR on the iPhone but Adobe seems to have found a nice rebound. In a blog post today, Google’s Andy Rubin, the godfather of Android, reiterated the company’s commitment to these web technologies.

“Google is happy to be partnering with Adobe to bring the full web, great applications, and developer choice to the Android platform,” Rubin said in a blog post. “Our engineering teams have been working closely to bring AIR and Flash Player to Google’s mobile operating system and devices. The Android platform is enjoying great adoption, and we expect our work with Adobe will help that growth continue.”

This isn’t much of a surprise as we’ve already seen Adobe look for beta testers on Android but I think this is a good public pat on the back from the search giant. We also know Google will be building Flash into its Chrome OS tablets too.

If you don’t know by now, Apple doesn’t want Flash on the iPhone OS because it is supposedly buggy and a resource drain. Cynics will also say it creates an often-free alternative to the App Store and iTunes, as well. It’s not just the end user who’s feeling this pinch either, as Apple has also banned developers from using Flash compiler tools to create apps for Apple’s mobile platform. This doesn’t seem to be bothering many developers or publishers though, as many are willing to adapt in order to reach this highly-desirable user base.

Google is playing it smart here. If Adobe’s tech works really well on Android, this will be an easy way to stand out from the iPhone. If it turns out to not be as smooth as on the desktop (which isn’t always that smooth), Google’s platform will still be able to access HTML5 content.

The short voice messenger service Pana.ma will be hitting the Android Market in May and we've had a chance to...