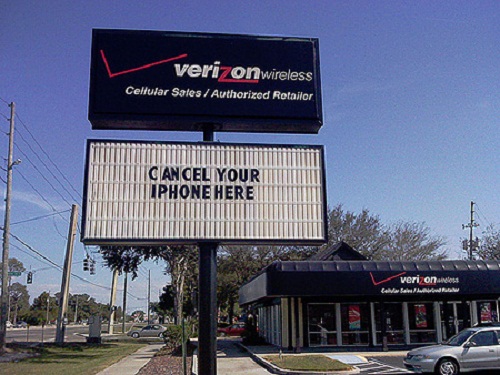 Verizon had a decent first quarter but a saturated market and health care costs could mean it will face multiple challenges for growth.

Overall, it added 1.5 million new subscribers to push its user base up to 92.8 million total customers, up 7.2% from the same period last year. But, only 423,000 of those new customers were on those lucrative, long-term contracts. This was well below analysts’ expectations and could be a sign that everyone who wants a cell phone in the United States may already have one. I hopped on Big Red late last year to get the Motorola Droid and even with the super spiffy Droid Incredible about to hit the shelves, I’m not going to get it because I’m already locked into a two-year contract. I suspect there are many people in that same boat with other carriers.

Another troubling sign is that the average revenue per user, or ARPU, remained flat year-over-year at $50.95. On the positive side, mobile data revenues were 33.3% of all service revenue, an increase from 27.9% from the same period last year. Look for this to continue to grow, especially as Verizon rolls out its 4G network based on Long-Term Evolution technology later this year. Additionally, the company does have some good handsets on the horizon. The aforementioned Droid Incredible is bad ass (check out our review for in-depth details), the Microsoft Kin devices are not my cup of tea but should sell well, and the BlackBerry 9670 should hit Big Red and be appealing to business users.

Profits were also down dramatically to $2.28 billion from $3.21 billion for the same quarter last year but this was primarily due to a $970 million charge for health care reform. Overall revenues were $26.92 billion. The company’s FiOS business is making some headway, as it added 185,000 new Internet customers and 168,000 net FiOS TV customers. I just wish they’d roll this out in more areas, especially where I live.

Well, if you thought all Dell had on its smartphone plate was the weak Aero, you're mistaken, my friend. We've...