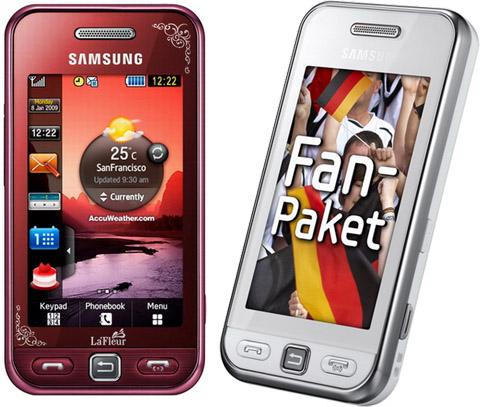 Samsung is rolling out new versions of its highly popular Star S5230 handset in Germany.

The first one is the LaFleur edition, which used to be available for one other Samsung phone – F480. The special version of the handset will come in red with floral patterns on the case.

Both devices will be available starting from May, when interested Germans will be able to grab them for 245 EUR.

In addition to these two new versions, Samsung has released other flavors of the device, including Hello Kitty and Think Pink versions, WiFi-enabled Star and the one with analog TV receiver. To date, the Korean company has moved more than 10 million Star units.

Nokia has released a new firmware update (version 31.023) for its E72 smartphone. Aside from fixing many of the known...