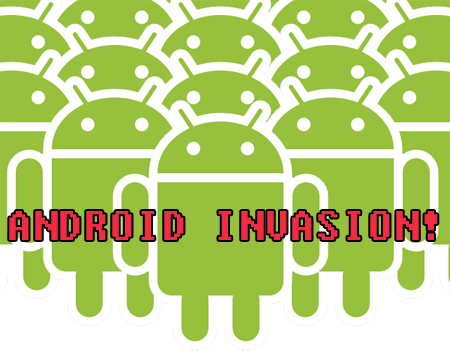 We know that the Android Market has been growing at alarming rate, but according to the site AndroLib.com, the Market has hit the 50,000  application mark! But, as exciting as this supposed milestone might be, the numbers don’t add up the way you’d think.

When Google was on their conference call for the past quarter’s earning report, the estimated number of applications available in the Android Market was 38,000, and they are sticking to this number at the moment. If they choose to mention the 50K mark some point soon, it’s a good possibility that they’ll announce this at the Google I/O in May. While still trailing the iPhone’s App Store by some 100,000 applications, the Android Market is the closest alternative, and with devices like the Droid Incredible, and Evo 4G right around the corner, Android is positioned to gain a lot of users, and get a lot more developers interested.

Don’t get too excited though. The applications found on AndroLib.com include all applications from all regions, and they keeps track all applications that have ever entered the Android Market, even if they have been taken out. That means no single can actually access the full 50K Android apps cited by this latest report.  Either way, this is still quite the achievement for the little green robot OS.  The Market started with a handful of free applications, and now, just a year and a half old, It’s hit it’s 50,000th app. Well done, Android. Well done.

Apptizr, the service that provides iPhone users with personalized app recommendations and which we covered in the past, announced that...