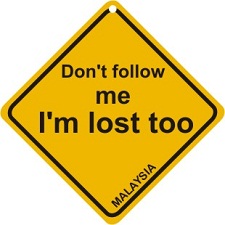 Motorola is ditching Google’s location services in favor of Skyhook Wireless, but it’s actually not as crazy as it sounds at first.

Skyhook is already being used with iPhone, and the company specializes in using WiFi hotspots to triangulate a user’s location. This is often quicker and more accurate than solely using GPS. Motorola said it will be baking this technology into most of its Android phones – system-wide – so we can start to expect much better location information in things like Google Maps, Foursquare, Yelp or even the music player, potentially.

You might see headlines about Moto “ditching Google” – hell, I almost used that because it sounds so juicy – but the handset maker is actually stepping up to the plate (read: paying a fee) to ensure its devices can offer cool apps. Good job, Moto.

As for Google, this isn’t the first time I’ve heard complaints about its location tools, but you can’t really blame them too much because it is a free operating system. Still, Google should understand how important precise location data is, particularly if it wants effective location-based advertising.

PayPal has been working their iPhone app a lot lately, most recently including the ability to Bump to send money...