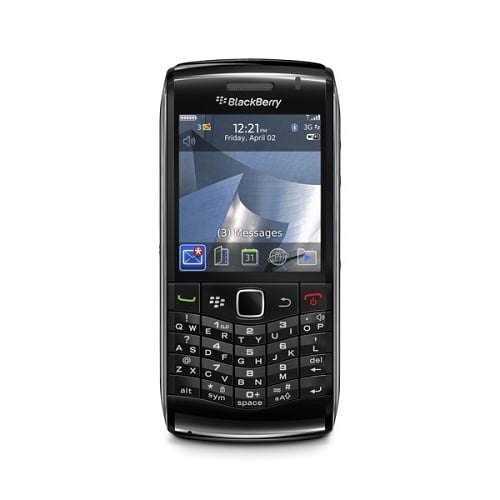 Well, looks like we were kind of right with the BlackBerry Striker/Stratus rumors, as Research In Motion introduced Monday the Pearl 3G and it will include multiple form factors to accommodate whatever type of keyboard you want. Another added bonus is that this handset will be the first BlackBerry to support the super-fast 802.11n WiFi standard.

The Pearl 3G 9100 will have a 20-key QWERTY keyboard and, as expected, the 9105 will have a more traditional 14-key input. Both will have SureType for auto-correction and I’ve found this software to be getting noticably better with each iteration.

“Considering the fast growing consumer interest in smartphones and the fact that more than three-quarters of the people in the global phone market are still buying handsets with a traditional alphanumeric keyboard, we think the new BlackBerry Pearl 3G addresses a substantial market opportunity,” said Mike Lazaridis, Co-Ceo or Research In Motion, in a prepared statement. “It allows consumers to upgrade their traditional mobile phone to a full-featured, easy-to-use and fashionable 3G BlackBerry smartphone that supports BlackBerry Messenger and many other apps while maintaining a handset design and layout that is familiar and comfortable.”

It’s still a Pearl, so don’t expect to be blown away by the specs. It’s a candybar handset that measures 4.25″ x 1.96″ x .52″ and it weighs 3.3 ounces. The screen has a 360 by 400 resolution and there’s a 624 Mhz processor with 256 Flash memory. There’s all the connectivity goodies you expect from this type of device including Bluetooth, tri-band UMTS/HSDPA and quad-band EDGE/GPRS/GSM, and it will be the first BlackBerry to support 802.11n WiFi.

It will also have GPS, a microSD slot for cards up to 32 GB, an optical trackpad, support for BlackBerry App World and Media Sync, and a 3.2-megapixel camera with zoom, auto-focus and video recording. No official word on what carrier this will be on when it hits on “various carriers” in May but look for it to wind up on both AT&T and T-Mobile in the United States, eventually.

Unfortunately, this will only be running BlackBerry OS 5.0 and we were kind of, sort of hoping it may rock the newer OS 6.0. Ah well, we’re bound to see that soon. It’s not quite as exciting as a sliding BlackBerry or the first real clamshell BlackBerry, but the Pearl 3G should appeal to a wide audience (particularly in emerging markets) and RIM will sell a boatload of these. It will probably also retail for an affordable price, although RIM didn’t mention a target price.

Still, despite the super cool 802.11n support, it’s another incremental upgrade and I think RIM really needs to start taking some chances with its handsets. How say you, IntoMobile readers? What do you think of the Pearl 3G? Is it enough to get you to upgrade from a previous Pearl or feature phone or is the competition just too good for these minimal upgrades?

UPDATE: Both Rogers and Bell have confirmed that they’ll be offering the BlackBerry Pearl 9100. Telus was the only one forthcoming about price and date, however: expect the 9100 for a mere $29.99 on contract sometime in May.

While GSM subscribers have been playing with the BlackBerry Bold for years, those of you on CDMA networks - like...