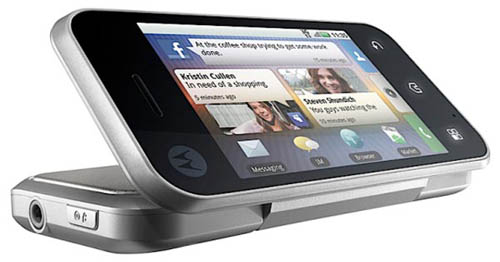 The Motorola Backflip on Telus, as promised last month, is now available for those who have a fever for Android and dig the weird-ass flip mechanism and the unconventional rear touchpad. As you may already know, the Motorola Backflip packs a 3.1″ HVGA display, 5 megapixel camera with flash (which is conveniently forward-facing when open), Wi-Fi, GPS, and a 3.5 mm headphone jack. The Backflip also hosts Motorola’s customized Motoblur user interface and social networking service, offering quick, at-a-glance updates from Twitter and Facebook friends.

Telus was also the first to offer the Motorola Milestone, better known as the Droid south of the border. On other carriers, we’re expecting to see the Dext on Bell and the Quench on Rogers, giving Motorola a relatively nice spread of Android devices across Canada. You can pick up the Telus Backflip for $99.99 on a three-year contract according to the press release, but their online store reads $249.99 for some reason.

Bitbop streams full TV shows and movies to your BlackBerry

We're here at Research In Motion's WES 2010 and one of my favorite things is discovering a little app that...