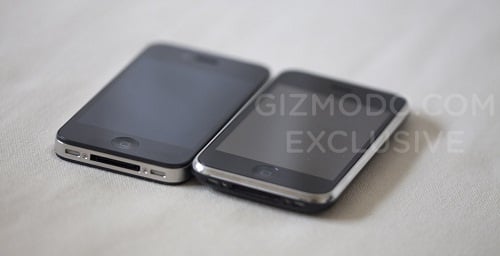 You know the next iPhone is a big story when it catches the attention of Jon Stewart.

During his popular show on Comedy Central, the host ripped into Apple’s reactions to the lost iPhone prototype. Specifically, he called out the company for supposedly initiating the police investigation that led to a whole lot of drama including the cops raiding a blogger’s house and Apple’s private security reportedly trying to search a man’s house.

“Apple, you guys were the rebels, man, the underdogs. People believed in you. But, now, are you becoming the man?” Stewart said. “It wasn’t supposed to be this way. Microsoft was supposed to be the evil one. But now, you guys are busting down doors in Palo Alto while Commandant Gates is ridding the world of mosquitoes!”

You can watch the clip in its entirety below and it’s something good to view. This whole issue is far more complicated than it’s being made out to be, though and I’m having trouble trying to pick a clear winner. The scumbag who “found” the iPhone was definitely looking to make a quick buck and if Apple considered the phone to be stolen, then there’s nothing wrong with law enforcement carrying out a criminal investigation to determine if any laws have been broken. The weird stuff is how the police carried out the raid and how Apple’s private security team tried to allegedly flex its muscles outside of Apple’s campus.

Last Friday, Gizmodo Editor in Chief Jason Chen's home was raided by California police in regards to the explosive unveiling...