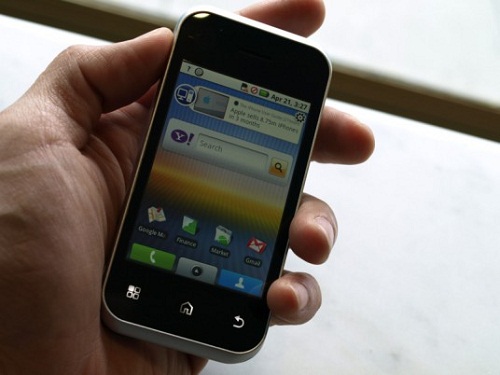 Motorola was able to eek out another small profit ($69 million) for its first quarter, but the handset division is still not performing that well, as it ended up $192 million in the red.

To be fair, the company didn’t have a blockbuster device like the Droid in the quarter to boost sales, but it did have a plethora of middle-of-the-road handsets like the Backflip, Cliq XT, Devour and Asia-only devices. It managed to ship 8.5 million handset – 2.3 million smartphones – and this accounted for $1.6 billion in sales.

“We continue to execute on our business strategy, build momentum in smartphones and improve our operating performance,” said Sanjay Jha, CEO of Motorola’s mobile division, in a prepared statement. “During the quarter, we increased smartphone shipments sequentially and introduced six devices. We are in a strong position to improve our share in the rapidly growing smartphone market, particularly in light of our competitive portfolio, strengthened brand and improved carrier relationships.”

Motorola is still planning to spin the mobile division into its own independent company but it’s unclear how successful its strategy will be. It appears to be pushing MotoBlur hardcore and, while I like the vision of this service, I think it hasn’t necessarily been setting the world on fire. It’s smart to aim for the mid-market with the MotoBlur devices because it’s a comfortable way for first-time smartphone buyers to jump into the space but I’m curious about Moto’s high-end strategy.

The Droid was the big story late last year but there doesn’t appear to be anything similar in the pipeline over the next few months (maybe the Nexus Two?). That could be a problem because we’re already in summer blockbuster season: the Droid Incredible is selling like flapjacks, the EVO 4G could make some people switch to Sprint, Apple’s next iPhone will sell at least a million units in its debut weekend and don’t be surprised to see something cool pop up on T-Mobile in a few months. Maybe Moto is just playing it coy and will wow us. We’ll keep an eye on them.

We're pretty big fans of Skyfire here at IntoMobile because the browser uses server-side technology to bring things like full...