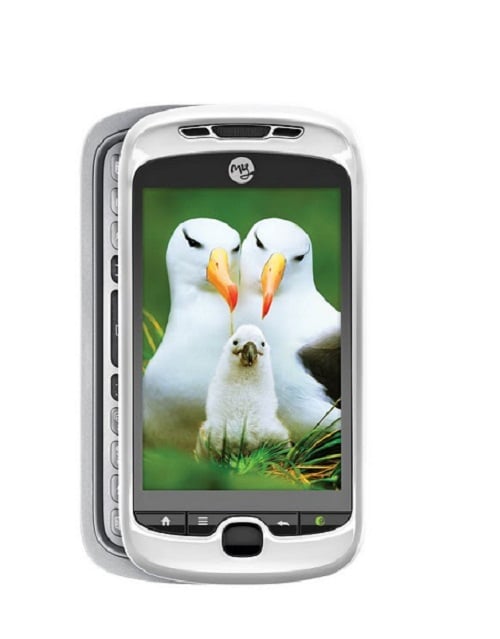 It’s not necessarily a surprise, but T-Mobile has officially introduced the myTouch 3G Slide. The handset sports a full physical QWERTY keyboard and enough software tweaks to make you consider it even with all the other high-end Android handsets hitting the market.

At 4.55″ x 2.37″ x .6″ the handset is actually not much thicker than the myTouch 3G. We had a chance to briefly play with the Slide and we liked the keyboard – it had nice spacing and just the right “clickability.” It has a 3.4-inch HVGA touch screen that will come with five home-screen panels (expandable to seven, if you so desire) and there’s an optical joystick. Instead of the standard search hard button, T-Mobile has included what it calls a “Genius button.” This button allows you to use voice commands to find things like a local coffee shop or conduct a standard Internet search.

It’s the first Android 2.1 handset on T-Mobile with Sense UI but the carrier has tweaked the software to make things easier for first-time smartphone users. One of the cool things I noticed is an application switcher in the notification window shade. I always loved the notification bar on Android and thought it was a revelation when introduced but there is a lot of wasted space with it. On the Slide, the app switcher could come in handy – we just wish you could kill apps from it.

Other neat software tweaks include a Faves Gallery app that shows up to 20 of your most-contacted people and gives you these users’ social media, e-mail and phone call updates. There’s also myModes, which will let you instantly switch the mode on your phone. For example, you could use this to easily switch between your work setup and your leisure setup.

The handset also rocks all the connectivity options you’d expect (WiFi, 3G, Blueooth), GPS and a 5-megapixel camera. So, it’s still not going to out-spec something like the Droid Incredible or EVO 4G but it looks like a solid device with some spiffy, customized software.

The Slide will hit in June and watch this space for a review over the next few weeks. Check out our hands-on gallery of the Slide below.