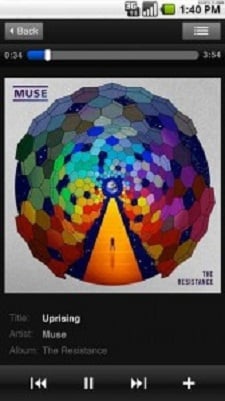 We’ve seen Thumbplay Music on the BlackBerry platform already but now the streaming music service is coming to Android.

The app offers unlimited streaming of over 8 million songs but the Android version lacks the ability to cache songs to the device. This is a major detraction in my eyes but the company promises this capability will come to Android soon. There’s also software for the PC, Mac and Linux that gives you a way to organize your music and playlists on a desktop. Thumbplay also has the ability to sell songs, if you so choose.

“We’ve been getting rave reviews from our Android users in beta, especially when they employ for the companion app on PC and see the power of having their complete music collections and playlists in-sync,” said Evan Schwarts, CEO of Thumbplay, in a prepared statement. “We’re thrilled to deliver a music service worthy of discerning Android fans.”

The app is free but it requires a $10 monthly subscription free. The company also offers a free three-day trial. Check out the video demo below for some more details.

Good morning folks. I'm back at my office, after a week 'off' in Minneapolis. I've got my Twins hat, my...