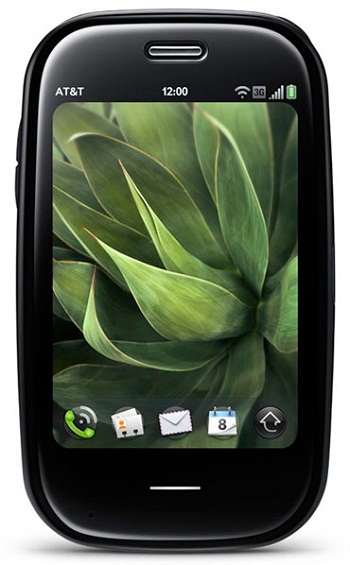 Talk about too little too late, but Palm’s Pre Plus smartphone will be hitting AT&T May 16 for $150 and it will include a free Touchstone charger.

The handset will be similar to the Verizon version except it will have a few AT&T touches. There will be custom software like AT&T’s navigator service and some exclusive covers. Other than that though, it won’t be that dissimilar to the one on Big Red. It will have 16 GB of storage memory, it has a portrait-slider form factor, a full QWERTY keyboard, 3 megapixel camera, WiFi, GPS, 3G, and a 480 x 320 touch display. It will have more RAM than the Sprint version and it should come with the latest version of webOS.

Also, the Touchstone charger is pretty cool. It doesn’t charge quite as fast as your traditional charger but it looks more attractive and has some neat, built-in speaker phone capabilities. It was introduced at a ridiculously-high price ($70!) but should be a nice way to move some units and we may even see some enterprising hackers find more new uses for it.

So, what’s the problem? I say it’s way too late because not only is this thing about a year old, the Verizon version is only $50 with a new contract and it can be had for as little as a penny if you’re a smart shopper. That $150 price is also after a mail-in rebate, so you’re looking at a decent investment in an old device.

One of the best parts of the Pre Plus on Verizon was the free Mobile Hotspot option, which turns your phone into a WiFi hotspot. AT&T has been extremely reluctant to allow tethering on the iPhone, so I don’t know how eager it would be to let it on the Pre Plus. I’d also be incredibly surprised if AT&T offered this for free.

If you've been waiting for a dirt-cheap way to jump into webOS, your prayers have been answered because Verizon Wireless...