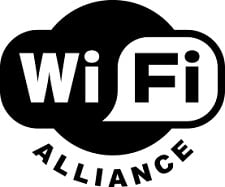 So, bare with me a bit because this story’s going to be filled with alphabet soup but it’s worth knowing because it will eventually lead to handsets with super fast wireless Internet capabilities. The WiFi Alliance and the Wireless Gigabit Alliance (WIGIG) said Monday it will share technologies for the next generation of WiFi devices that will work in the 60 GHz frequency band.

The WIGIG Alliance had many similar member to the WiFi one but it was focused on moving the conversation and technology into delivering data that’s measured in gigabits, not megabytes. According to the alliances:

Device connectivity in the 60 GHz band will complement the current family of WiFi technologies. Targeted primarily for applications that require gigabit speeds, 60 GHz products are expected to be used in a wide range of high-performance devices. A significant portion, if not all, of these devices are expected to also support traditional WiFi networking in the 2.4 and 5 GHz bands.

“There is no question that this agreement will enable 60 GHz technology to form an important part of the high-performance future for wireless networking,” said Phil Solis, practice director for Wireless Connectivity at ABI Research, in a prepared statement. “By cooperating, the groups have set a course for interoperability and backward compatibility that will accelerate the adoption and usefulness of multi-gigabit wireless networking.”

So, how long before your iPhone HD or Droid Super Duper is rocking this new WiFi? It’s unclear at the moment but don’t expect it anytime soon. It will take some time for the alliances to come up with the standard and once it’s finalized, I’d expect routers and laptops to get this type of WiFi first. Think of it like 802.11n WiFi – we’re still waiting for it to hit the smartphones we want. I know, the Pearl 3G has is (and you can hack your Nexus One to support it) but it’s not yet a standard feature.

Tickets.com is partnering with Txtstation Global Mobile Marketing to expand and enhance its mobile ticket transactions and mobile barcode delivery...