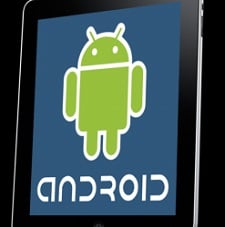 Remember all those rumors we’ve heard about a Google tablet? Well, it looks like it’s real and the search giant is teaming with Verizon Wireless to bring out an iPad competitor, according to a report from the Wall Street Journal.

In an interview, Verizon Wireless Chief Executive Lowell McAdam said this type of form factor would be the next big thing in the mobile computing space and that the two companies are working on a device.

“We’re looking at all the things Google has in its archives that we could put on a tablet to make it a great experience,” McAdam told.

What can we expect from a Google/Verizon tablet? The report is super skimpy on details but we can take the iPad form factor as a starting point and then throw on Android on it. Sure, we could see it rocking Chrome OS but I have a sneaking suspicion that Google has a lot more skin in the game with Android. Plus, Verizon and Google have already announced an agreement that centered on Android devices, not Chrome OS.

We know many companies are pushing ahead with Android tablets but a successful iPad competitor will desperately need a good user interface and a strong marketing push. Google could potentially integrate some 3D desktop elements it acquired in the BumpTop deal and this makes a lot of sense to me on a larger form factor like a tablet. Verizon has already shown with the $100 million marketing campaign for the Droid that it’s not shy about spending for ads. It will be interesting to see how Verizon prices its mobile data for this Google tablet because AT&T has a fairly-reasonable rate for the iPad: no-contract plans that cost $15 a month for 250 MB or $30 for truly unlimited data.

It will be interesting to see how the tablet space emerges, as the iPad is already a success and we may soon see a webOS-powered slate from Hewlett-Packard. This Google-Verizon tablet just throws another contender in the mix.