FroYo, the codename for the 2.2 release of Android, promises to have built in support for Adobe’s Flash, so we’re happy when we see videos like this one hit the net that show Google delivering on their word. What you’re watching above is Adobe Evangelist Ryan Stewart showing us a few of the sites he visits, and how they perform on his Nexus One. Taking control of a Flash object isn’t going to be the most intuitive thing in the world, you have to hit and hold. Full screen video mode, which isn’t really full screen, requires a double tap. These new gestures have to be learned. 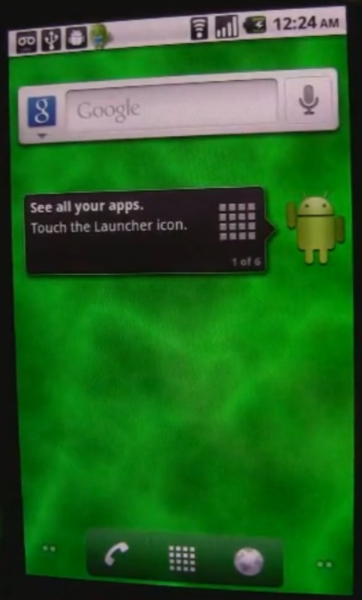 Back to FroYo, we don’t actually get to see too much of it, until the end of the video that is when Ryan hits the home button and we’re taken to an Android desktop we’ve never seen before. Notice the new launched at the bottom and the tutorial bubble.

If we had to put our money on when we’re going to find out more about FroYo, it’d be next week at Google’s I/O conference. We’ll have people from IntoMobile on the ground for the event.

The Meizu M8 may well be one of the best iPhone clones out there, but it's still a clone. Now,...