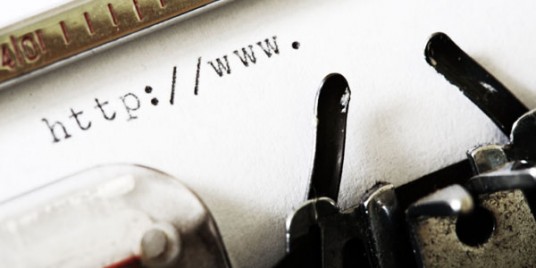 Are you still using that high-powered smartphone in your pocket more for making voice calls than for using data services like surfing the web, checking email, or keeping up with Facebook. With all the techno-wizardry that modern mobile phones allow, if you’re still relying on your handset to actually talk to other people, you’re likely already falling behind the times. The New York Times today posted an anecdote-rich but hard data-poor story today, claiming that cellphone users are relying on their wireless devices more for alternative communications and less for voice-to-voice convos, and we tend to agree.

In the story, the NYT cites the CTIA’s (the cellular industry’s flag bearer) stats on cellphone conversation length. The length of convos on cellphones in 2008 was 2.27 minutes on average, which dropped to 1.81 in 2009. If that’s not a telltale sign that times are changing, we don’t know what is. But, for good measure, the Times cites a handful of anecdotal stories of everyday folk barely ever using their smartphones for talking and rarely reaching their monthly wireless minute allotment.

Think about your own cellphone usage patterns. How many times have you come close to exhausting your monthly rate plan as far a voice minutes are concerned? Now, compare that with the number of times per day you check your email, post to Facebook, blabber on Twitter, or surf websites like, ahem, IntoMobile. Chances are, you do a lot more with your handset’s wireless data connection than you do with it’s voice call connection. Especially if you’re reading this on your mobile phone.

Consider, for example, when SMS text messages were first introduced almost two decades ago. At first, adoption of the tech was low. But, once carriers got on board and started making it easy for people to communicate with one another in short messages, the tech took off. It took almost a decade for SMS text messages to become truly ubiquitous in daily life, but now it’s something of a phenomenon. The same is true for smartphones and their features.

When smartphones were introduced around a decade ago, the use case for a pocketable productivity tool was limited. They weren’t just expensive, they weren’t really that appealing to most consumers. The smartphones of yore were ugly and seemingly (at the time) forced you to stay connected to work at all times.

Fast forward about ten years, and the use case for always connected smartphones has hit full bloom. Email is now more than just a business tool, it’s considered a formal form of communication. Services like Google Maps and GPS navigation tools also make the case for using more wireless data – just think about how many times you’ve queried your mobile phone for directions or business location searches. And, social media also makes web-connected handsets more valuable – you can get on Twitter, check-in on Foursquare, and even connect with potentially amorous candidates in Match.com.

And, that brings us to our next point. The adoption of social media into many Americans’ daily life has spurred smartphone use. There’s more reason now than ever before to stay connected to the cloud and make sure you’re continuously updated on your friends’ activities. Social networks these days connect us in ways that voice calls could never do in years past. When was the last time you called a friend just to tell them that you liked what they had to say about their day? The tech-analog of the Facebook “like” button makes communication easier and more relevant than a voice call ever could.

It’s no wonder voice calls are taking a back seat to data usage. In fact, carriers are starting to come to terms with the idea that their networks are seen less as telephone lines and more as virtual pipes that carry data to and fro. It just makes sense that communication between people is less about voice calls and more about data – and that trend will likely just become more prominent with time. If you’re not on board, you’re going to get left behind.

Now, should you find yourself actually making more voice calls than requests for wireless bits and bytes, what’s keeping you behind the times? Is it the cost of the monthly data plans from your carrier? Are you unwilling to let those monthly voice minutes go to waste? Or, is it that you refuse to reduce your more personal forms of communication into shirt snippets of textual relations.

We knew Android has been growing at a rapid pace, and typing that sentence is getting a little repetitive. Nonetheless,...