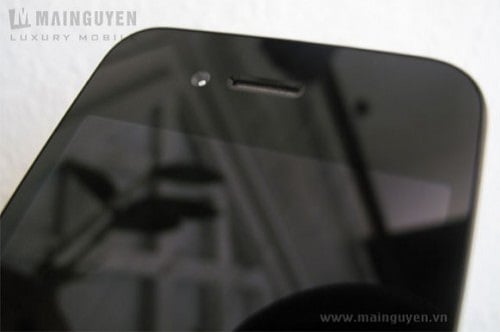 Maybe Steve Jobs is too busy with his war on Flash because another potential next-generation iPhone prototype has hit the Interwebs.

This latest leak comes from Vietnam, which has been a hotbed of Apple rumors and leaks lately. This one actually turns on the screen and, from the brief amount of time we see it, it does look like it will have a boosted resolution. I’m still sticking with the “iPhone HD” moniker as I’m pretty sure the next Apple phone will have a 960 x 640 LCD display for a few reasons. The first is that the iPhone’s screen is looking a little lame compared to the Nexus One, EVO 4G and especially the Samsung Galaxy S. Just as important, with that bumped up resolution the next iPhone would still be backwards compatible with the more than 200,000 programs in the App Store.

The overall handset design is consistent with what we’ve seen before, as it won’t be as rounded as previous generations of iPhones. There also appears to be a front-facing camera, which solidifies reports that we’ll have iPhone-to-iPhone video calling with the next Apple phone.

Keep in mind, this could just be a really clever fake – after all the hubbub around the first supposed next-gen iPhone, I wouldn’t put it past people to slap together something similar to what Gizmodo bought. But there’s always the remote possibility that Apple is waging the mother of all disinformation campaign.

We’ll know for sure when Steve Jobs gives this year’s keynote at WWDC June 7, and we’ll be there live-blogging it like crazy, of course. I’m curious if all of these leaks are impacting sales like Apple said because we all knew a new one was bound to hit this summer anyways. How say you, IntoMobile readers? Has all the speculation and leaks made you more excited for the “iPhone 4G/iPhone HD” or less? Sound off in the comments and check out the videos and pictures below.

Apple's App Store isn't the only hot app game in town, as GetJar is steadily gaining traction with its independent,...