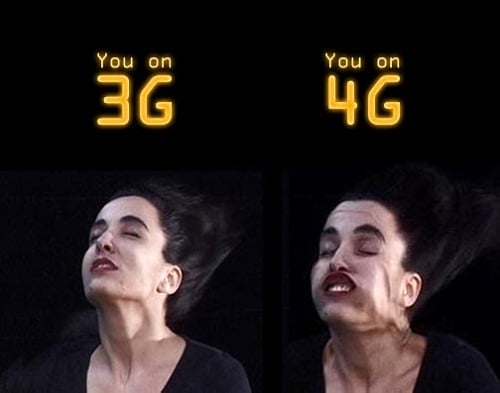 There’s some interesting statements coming out of Telecom Pragmatics this morning, as the research firm is saying that Sprint and Verizon aren’t putting all its eggs in the 4G basket and plan to roll out 3G based on EV-DO Rev. B technology.

Unlike 4G networks, EV-DO Rev. B could use the existing infrastructure to deliver a little bit faster mobile data than what Sprint and Verizon currently offer with 3G. The research firm’s study said the carriers may roll out its 4G networks in certain parts of the country while using the updated 3G for other parts. The only problem with this, according to Telecom Pragmatics, is that is could require different chips in handsets to work.

I’m still waiting on official word from Sprint and Verizon but this makes a certain degree of sense. The companies are hard at work pushing out 4G services and networks – Sprint is currently using WiMax and Verizon is making an aggressive push to roll out a next-generation mobile data network based on Long-Term Evolution. Sprint is about to roll out the first U.S. smartphone capable of taking advantage with the EVO 4G and Verizon could have up to five LTE handsets by this time next year.

But it takes a lot of time and money to cover the United States with ubiquitous mobile data – the 3G rollout essentially began a decade ago and we’re not at 100% coverage yet. It’s only prudent for Sprint, Verizon and other carriers to have a backup network if you leave a 4G region. Additionally, it would be smart of these companies to leverage its existing 3G infrastructures and investments as much as possible. So, whatever the technology behind it is, 3G is not going away anytime soon.

It’s always so much more fun to think about 10 Mbps on the go because it opens up a world of possibilities. Check out our 4G mobile shootout for some more information of the next generation of mobile data networks.

(Update🙂 Just heard word from Verizon’s Brenda Raney and, like I suspected, there’s no official confirmation or denial of EV-DO Rev. B. Love the response though.

We’ve announced we are moving to LTE for 4G technology and we’ve said that we will continue to support our EV-DO network for at least a decade.

Verizon: LTE tablets and phones coming by May 2011, first demos will be in January at CES

During the Reuters Global Technology Summit, Verizon Chief Executive Lowell McAdam said that the operator will have multiple tablets, and...