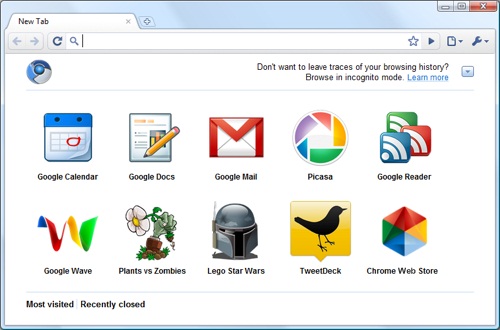 If you were watching our live-blog coverage of the Google I/O keynote, you know that the search giant introduced a Chrome Web Store for online applications. This approach and vision will eventually have a tremendous impact on smartphones but there are a few causes for concern.

It’s clear that Apple’s App Store model has influenced this move. Mobile apps have been around for a long time from places like Handango but Apple’s centralized approach has raised awareness of what smartphones can do and it has made being a mobile developer a viable career for a larger pool of talent. I’m no Apple fanboy but it’s difficult to understate the larger impact of the App Store  -It now has over 200,000 apps and we’re seeing “App Stores” pop up on every major platform, as well as on TVs and cars.

Google believes that the web is the ultimate app platform and I tend to agree, particularly with all the capabilities that HTML5 will offer. It also thinks that smartphones will make desktops “irrelevant” in as few as three years. When you combine these two beliefs, it doesn’t matter that it’s Chrome-only for now because this will eventually trickle down to anything with a capable browser, including that shiny smartphone in your pocket.

All of the major smartphone platforms will eventually support this web technology, so Google’s store could wiggle its way onto competitors (you know that irks Steve Jobs). This could potentially make things a lot easier for developers because they would only have to write their app once and have it run on multiple computers, tablets and phones.

The general rule is that write-once-run-anywhere programs are never as good as apps specifically developed for a platform. I mostly agree with this but the added capabilities of HTML5 could address many of these issues due to offline access, system controls and the ability to play videos directly in the browser. There will also be tools to enable web developers to hook into a device’s accelerometer, so smart devs could create some compelling web-app-only products. Those with the resources will, and probably should, craft a specific iPhone/Android/etc. app but many devs could be able to make a good-enough program that can target a huge audience.

Of course, it’s not all roses, as the same issues that concern me about the App Store make me pause about the Chrome Web Store. Google has been less restrictive than Apple about what types of programs can get in its store but it has shown a willingness to pull apps from the Android Market at the behest of its partners. When all these apps start going through stores, those who run the stores have a ton of power that could be used in positive and negative ways.

A bigger problem is that Google hasn’t shown that it knows how to properly run an app store. This may be harsh because it’s so young, but the Android Market experience is garbage. The searching is a pain (why is there no auto-suggestions why I mistype?), there can be confusion about purchasing and returning apps and it’s not very visually appealing. It’s also incredibly tough to find and discover new apps – I’ve had to resort to using AppBrain. Let’s hope the search giant does a better job with its Web Store.

Nokia wants apps in your car

Nokia is trying to make it easier to integrate your phone with your in-car entertainment system and it has teamed...