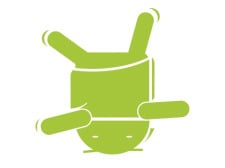 In a long-ranging interview with Gizmodo, Google’s Andy Rubin said the next six months of Android will “blow your mind.”

This bold proclamation comes a few days after Google introduced 2.2, or Froyo, which added significant performance improvements, a host of new tools for developers, support for Adobe’s Flash and AIR, and native tethering capabilities. We also saw indications that the little, green robot will also be getting over-the-air app installations and streaming music, but Rubin seems to hint at more goodies.

“If you look at where we were 18 months ago and where we are today, that just makes the future brighter. Because the rate which we went from that kind of 0.8 to 2.2 was so fast that we’re just kind of learning how to master that type of engineering, that type of iterative engineering—and all of the innovation, I mean it’s game on,” Rubin said. “There is going to be stuff that’s just going to blow your mind. In 6 months. Before it was 18 months, now it’s 6 months.”

Another interesting point is that Rubin said the company doesn’t really plan out Android in two or five-year plans, as it concentrates one release at a time. “It’s more run like an Internet company would run it, so there’s a lot of iteration and what we are finding is innovation comes from all over the place,” Rubin said.

I’m sure Rubin is exaggerating a bit here as I would hope that Google does have a coherent long-term plan for the platform. I know it’s open source but let’s not ignore the reality of the situation: Google is in charge of Android and its updates, and this will be consistent for the foreseeable future of the OS.

It’s a fascinating interview that also touches upon how HTC’s patent agreement with Microsoft could impact future Android phones. Hit up the “via” link below for the full interview.