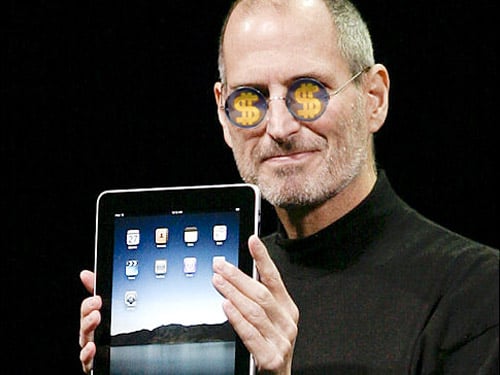 Well, I don’t think there’s any question about whether the iPad is a success or not, as Apple said the company has sold more than two million tablets in less than 60 days.

The milestone comes less than a month after the company said it sold 1 million iPads. This is also pretty impressive because the device just started to ship internationally a few days ago.

When the iPad was first introduced, I thought it was just an expensive toy for people with more money than sense. I wasn’t that surprised by its initial success because Apple knows how to market products (the thing was a central plot point in a major sitcom, for goodness sake) but I am finding myself liking the device more than I thought I would. With programs like Netflix and ABC Player, the iPad is a great media consumption device but I also found it to be a decent content creation device. The multitasking that’s coming with iPhone OS 4.0 should plug most of the holes in the platform too, and I could probably use this tablet to do my job in a pinch.

Like the iPhone before it, the iPad is creating ripples throughout the entire industry. Bill Gates had been pushing tablet computing a decade ago but his message never seemed to resonate. To be fair, the technology probably wasn’t mature enough on the hardware side or on the Internet for tablets to be a success. Now, the iPad is on its way to generating $1 billion in a quarter and there are plenty of competitors on the way.

Hewlett-Packard will supposedly use webOS on a tablet and I’m excited about the possibilities because I love the interaction metaphor of Palm’s operating system. There are also a plethora of Android tablets that should be hitting in the not-too-distant future. Tablet competitors will have a steep challenge in overcoming Apple’s device but not being locked into Apple’s ecosystem could also be an advantage if played correctly.