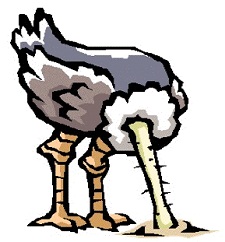 We’re about to see a flood of Android tablets, possibly including one directly from Google, but Microsoft doesn’t seem too concerned about the little, green robot gaining traction in the emerging tablet space.

Steve Guggenheimer, VP at Microsoft, said the tablet situation could be similar to the netbook market, as at the beginning many Linux-based offerings hit the market but most of these mini-computers now run Windows software.

“There are always lots of noises at the beginning of new category,” Guggenheimer said, according to the Wall Street Journal. “It was 95% not on Windows, and three years later it is 95% on Windows.”

He also said that the “free” and “open” aspects of Android may be overrated, as having a strong platform partner could be more beneficial to hardware makers even if it includes a relatively-small licensing fee for Windows. I have to agree to a certain extent here because we all know Android is open but I don’t see it escaping Google’s shadows for a long, long time (nor should it, really). I don’t expect to see a significant fork in the code in the near future and each latest firmware update comes from Google, with little mention of contribution from other members of the Open Handset Alliance.

Still, Microsoft is being silly if it doesn’t recognize the threat of Android and other platforms on tablets. While the touch features on Windows 7 are solid, the OS is still not as suited for tablets as the platforms from Google, Apple and “HPalm.” Nvidia’s CEO has even said hardware makers are uniting behind the little, green robots for tablets because Google has shown it knows how to evolve the platform for this market. I’m also thinking webOS could be a credible competitor to Windows on tablets, as Hewlett-Packard is supposedly readying a “Hurricane” tablet that will use Palm’s smartphone platform.

How say you, readers? Does Microsoft have its head in the sand or will it be dominant in this new computing space?

The Motorola Xtreme is indeed real (as real as the Motorola Droid2 is at the moment), but we still have...