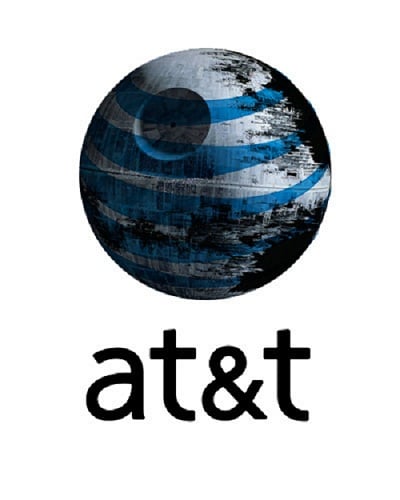 AT&T earlier today announced that they will be completely revamping their wireless data plans and bringing in the DataPlus and DataPro pricing tiers to essentially assassinate the current unlimited data plan altogether. Starting June 7th, Big Blue will become the first US wireless carrier to pull the trigger on tiered wireless data plans in preparation for the new iPhone and the iPhone OS 4.0’s ability to tether over WiFi. The move was expected and will likely be followed by every major wireless carrier in the US adoption some sort of tiered data pricing model. Unfortunately, as the first mover, AT&T has unabashedly screwed the pooch on this one.

The Setup
AT&T wants you to believe that you’ll be saving $5 per month. What they are actually doing is charging much more per MB of wireless data. More so if you opt to share your smartphone’s internet connection with a computer (which is called “tethering”). The new $15 DataPlus plan offers a small monthly savings and is limited to just 200MB of data. The $25 DataPro plan offers a negligible monthly savings in return for a data plan that’s limited to 2GB. If you want to tether your data connection, it’ll cost you just $45. Those prices are cheaper than the current $30 unlimited data plan and $60 data plan + tethering option that’s currently available. Cheaper is better, right? Not so fast.

The Pinch
While the DataPlus plan might be a good fit for lightweight data users, we can’t help but feel insulted by the higher-tier plan. The DataPro plan offers just 2GB of data, which is drastically less than the previous unlimited plan (obviously). To make matters worse, you only save $5 per month. To us, that’s just not a worthwhile savings, and those perceived savings become even less worthwhile if you plan to tether.

Sure, the currently available (until June 7) data plan + tethering option will cost you $60, which is not a small amount. But, that monthly fee gets you unlimited data for your handset and 5GB of data for sharing with a computer. The new DataPro + Tethering option might be cheaper at $45 ($25 + $20), but you get significantly less. For one thing, you have to share the same 2GB data quota between your smartphone and your computer – if you use 1.5GB on your computer, you’re left with only 500MB for your smartphone.

If you’ve ever tethered a smartphone to a computer, you’ll know how easy it is to chew through 2GB of data. If you go past the 2GB cap, you’ll have to pay an additional $10 per GB, bringing the real-world price of using 4GB of data on the DataPro + Tethering plan to $65. That’s more than the current plan and you still get a smaller data allotment. From a cost-per-MB standpoint, the new plans are a rip off. It’s also a little unsettling that AT&T is charging subscribers an additional $20 to share your smartphone data pool with a computer.

The Justification
AT&T claims that most users are only going to go through about 200MB of data per month, which justifies the new tiered data model. AT&T also claims that this new pricing model will save customers money. While true – damn near all AT&T customers will never reach the 2GB mark – there are those that routinely hit the 5GB mark on a monthly basis. What they’re not telling you is that they are basically overcharging power users to help subsidize the cost of data for lighter-weight users.

Rip Off?
For those of you that skipped down to this here conclusion, let us sum it up for you – AT&T’s tiered data feels like a rip off to us. To be clear, tiered data pricing structures are not the problem here. The tiered data plan model is here to stay, and it makes sense – you should pay more if you use more data. The problem, though, that AT&T has created for itself is that they are pretending to save customers money on data plans, but are in fact charging more per MB than before. Doubly (even triply) so if you are a heavy data user. It’s one thing to charge users for what they use, but charging subscribers more for the same service and then charging power users even more just rubs us the wrong way.

What say you? Does the new AT&T data pricing model seem fair? Are you going to grandfather your unlimited data plan and forgo official tethering (unless you jailbreak, in which case you can tether all day, no problem). Or, will you be jumping on the new data plans for the new iPhone?

Believe it or not, one of the most popular app genres for all mobile phones has got to be novelty...