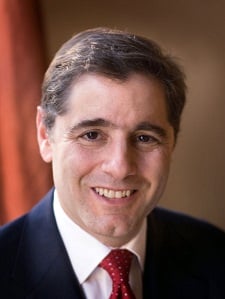 The future of broadband in the United States may be dependent on 4G services, FCC Chairman Julius Genachowski said during the Wall Street Journal’s D8 conference.

Since coming in with the Obama administration, Genachowski has been a big advocate of using mobile technologies to bridge the so-called “digital divide” – the lack of high-speed Internet connectivity options for many Americans in rural areas. The next generation of mobile data could help alleviate this because these types of services could potentially cover a wider geographical area than traditional broadband services.

“Unleashing mobile is one of the most important if not the most important thing we can do,” Genachowski said. “The biggest opportunity over the next decade to drive innovation, to drive broadband’s success, to drive competition in broadband, which will help on prices and many other things, is to take advantage of mobile broadband.”

The major carriers are already making moves with 4G and the next step beyond 3G. Sprint Nextel’s WiMax network is already rolled out in many major markets and it should receive more attention now that the beautiful EVO 4G is about to be released. Verizon Wireless has an aggressive rollout plan for its 4G network based on Long-Term Evolution technology, and this is expected to be lit up in up to 30 markets by the end of the year. AT&T and T-Mobile are going to use HSPA+ (which some call 3.75G) and eventually will roll out 4G networks based on LTE.

One of the issues that may hinder 4G deployment is the lack of spectrum for mobile carriers. The FCC has made some moves to free up to 500 MHz of spectrum but it could be a tough battle because this spectrum has to come from somewhere. In general, the FCC is proposing taking away spectrum from traditional broadcasters to give to mobile operators and this doesn’t always sit well with the broadcasters.

“There’s enough available if we put in place smart polices to improve the picture,” the chairman said. “We’ve got to work on spectrum policies that themselves generate greater efficiency.”