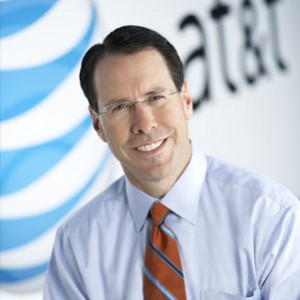 We apparently live in a world where sending complaint emails to corporate CEOs can result in legal action – or, more specifically, the threat of legal action. At least that’s how AT&T is operating these days. A new report has AT&T threatening to issues a cease and desist letter to AT&T customer Giorgio Galante in response to his sending emails to CEO Randall Stephenson. No, this is not a joke. AT&T actually threatened legal action against a customer for sending them emails.

Giorgio first emailed Big Blue’s chief to request that the company move up his upgrade eligibility window for the iPhone, presumably in hopes of upgrading to the new iPhone 4G / HD when it launches in the very near future – that email also requested that a tethering option be made available. The second email was a complaint about the unfairness of AT&T’s new wireless data plans and how AT&T’s decision to cap data plans precipitated Giorgio’s decision to jump ship to Sprint (for the Sprint HTC EVO 4G, no less).

Following this most recent email, Giorgio was contacted by AT&T’s Executive Response Team and warned that any continued emails would result in AT&T bringing down the C&D hammer. He was apparently contacted by “Brent” from this AT&T Executive Response Team via phone call. Brent reportedly thanked Giorgio for his feedback and then warned him that any further emails would result in legal action.

As you can imagine, there’s going to be one less AT&T customer signing up for the iPhone 4G. We think it’s a shame that this is how a complaint email was resolved.

Well, stop the presses! It looks like AT&T has topped another 3G performance test conducted by PC Mag. Before we...