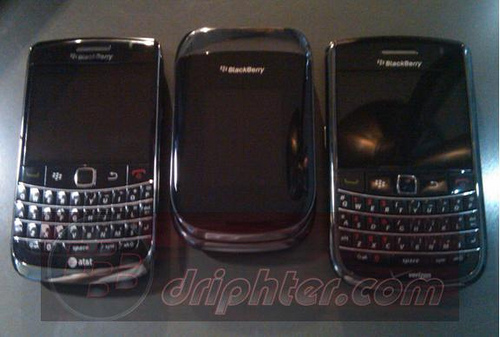 Most of the attention among BlackBerry fans these days has been towards the BlackBerry Bold 9800 slider, but it’s not the only OS 6 device making the rounds; two videos of the BlackBerry 9670 clamshell have popped up, giving us the full tour of both hardware and software. This review is certainly more informative than the first look at the 9670 on video. As you can see, OS 6 works just fine without a touchscreen, although it’s worth noting that the reviewer did find some touchscreen settings, possibly for the external display. Having enjoyed the at-a-glance notifications on the BlackBerry Pearl Flip, I could really see some slight touch functions going a long way on the 9670.

We get a closer look at the the universal search, which can be launched right from typing at the home screen – no need to click the search button. That home screen function can also be changed in for keyboard-based application shortcuts, which we spotted in the last tour of BlackBerry OS 6. While perusing the options, it was also made clear that the 9670 clamshell was cruising on Sprint’s EV-DO network, not Verizon’s. That’s not to say Verizon won’t be getting it, but historically, RIM usually gives carriers exclusives for at least a little while. If you’re looking for a lengthier breakdown of BlackBerry OS 6, be sure to take a look at our analysis of the announcement video.

As far as hardware goes, the BlackBerry 9670 will have 4 GB of on-board storage, 512 MB of RAM, HVGA display, an external display, 5 megapixel camera with flash, full physical QWERTY keypad, and Wi-Fi 802.11n. There’s not much new to be seen in the video, but I think that’s the first we’ve heard of it having an externally-accessible microSD card slot.  The host aptly points out that much like the Pearl Flip, there’s a lot of unused space that adds to the general bulky feeling of the 9670.

The flip form factor is clearly still something RIM needs to work on, but more power to them. Too often, they’re criticized for making the same repetitive candybars, and the few times they go out on a limb, they get hate for making ugly phones. The slider seems to be winning some hearts, and though this clamshell still needs some fashion advice, I have no doubt we’ll someday see a flip BlackBerry that gets it right.

We knew the Nokia N97 Mini was coming to Rogers, the only question was WHEN. Sometime in May was the...