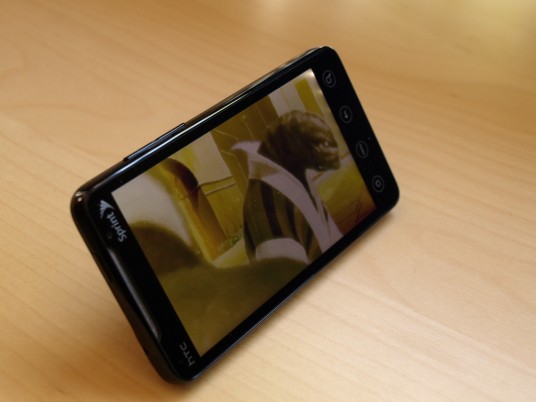 Remember when we told you that Sprint’s EVO 4G sales over the weekend were so high that it smashed previous launch weekend sales? Yeah, well we kinda lied about it, but that’s because Sprint did, too. Initial reports said that the EVO 4G’s first day sales were much greater than the Palm Pre and Samsung Instinct launches combined. It turns out that it was just about the same as the two combined instead of two or three times greater as Sprint originally said.

Weekend sales figures were put in the 250,000 – 300,000 range, but BTIG analyst Walter Piecyk, who closely watches Sprint and initially fired off those huge numbers, says that numbers are much closer to 150,000. Piecyk says he is also surprised that the EVO 4G quickly sold out and that Sprint didn’t decide to carry an excess amount of devices, even if those devices sat on shelves into the next quarter.

Even though Sprint was selling the EVO 4G at Best Buy, Wal-Mart, Radio Shack, its own retail stores and online, stock quickly ran out and Sprint says it is working quickly to replenish it. Some customers who pre-ordered the device didn’t get their handsets, either, which is both good in that the demand causes a lot of hype, but bad for the customers who were practically on the edge of their seats Thursday night before launch.

Another issue Sprint has to worry about is the rapidly approaching date for the iPhone 4 launch – June 24. Many who were still on the fence about the EVO 4G and the iPhone seemed to express a lot of excitement over the buzz at the WWDC keynote where the new iPhone was unveiled. Features like a high-resolution Retina Display, gyroscope, video chatting and the new iOS 4 make it a compelling contender. If Sprint wants to keep up its momentum and hold its own against Apple’s how new handset, it would be wise to replenish stock sooner than later.

The best Android device on the market right now, and this is debatable, but many are saying it's the Sprint...