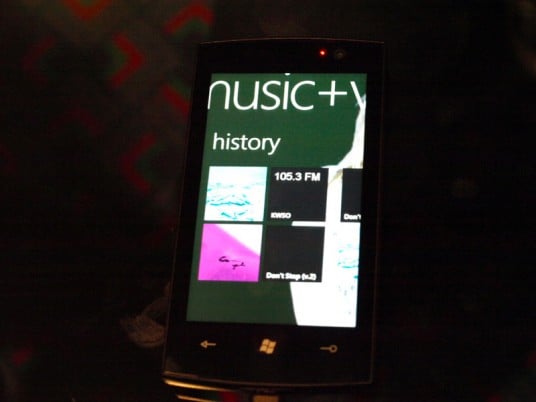 Apple was widely criticized for not having copy and paste in the iPhone until the third major version of the software, so it was kind of surprising that Microsoft won’t include this seemingly-basic feature in the upcoming Windows Phone 7. The software giant said it wanted to focus on other features first but this should be coming in future iterations.

The company insists that the out-of-the-box experience will be good enough where users won’t miss copy and paste. For example, the software will be intelligent enough to know when you come across a link or web address in a message, so clicking on that will launch the appropriate action. This could eliminate the need for copy and paste, Microsoft said.

Microsoft is also working hard to get the operating system pushed out by the fourth quarter, so it had to focus other things first. The company said it will definitely be coming in later versions, though.

I think this is a smart move by Microsoft, as it is focusing on a radically-different OS than its previous versions and it has to prioritize. The new user interface looks innovative and could move us beyond this app-centric environment. Copy and paste is an acceptable loss at first if the software works as well as it looks.

Microsoft would also be smart to follow Apple’s lead in implementing this feature, as I still think the iPhone’s way to copy and paste is more elegant than any other platform. It will take killer software and lust-worthy handsets for Microsoft to reach its goal of 30 million sold by the end of next year.

Speaking of the WP7 UI, check out our video of the new mobile platform in action.