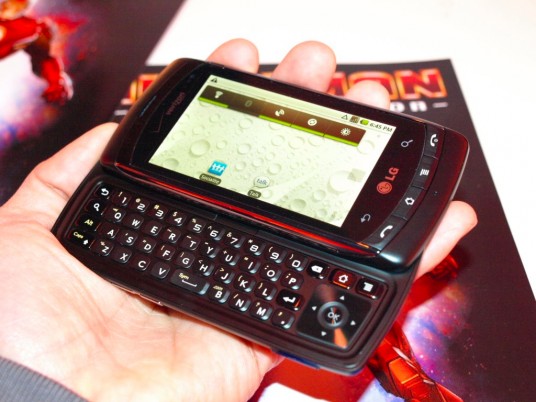 Good news if you’re a fan of the LG Ally, as the company said it will be pumping out at least 20 Android handsets by the end of the year.

LG is the third-largest handset maker in the world (behind only Nokia and Samsung) but the company is admittedly behind competitors like Apple, Research In Motion, HTC and its hated rival Samsung in the smartphone race. While LG will still be able to generate a lot of revenue from producing entry-level handsets for the developing markets, the high-end is predicted to explode over the next few years as consumers increasingly expect more out of their handsets.

This is the latest company to make a big push with Android, as Motorola also said it plans to release 20 handsets using Google’s mobile platform by the end of the year.

“LG should turn itself into a fast mover, rather than remaining as a fast follower, with more advanced technologies instead of just focusing on marketing and organizational changes,” said Chung Seung-hoon, an analyst at Eugene Investment, according to the Korea Times.

That’s a lot easier said than done, though, and it’s too early to tell how LG will do in the smartphone market. If the Ally is any indication of its future Android devices, it may be in some trouble. We had some hands-on time with the handset and didn’t come away impressed.

LG hasn’t been tearing it up in terms of design, but we would have expected more from the company’s first true headlining Android phone for the U.S. market.

The LG Ally is a great phone for the mid-range market. It’s also a great phone on paper. But, in real life, the execution of the hardware and lack of innovation on the UI gives the handset an unfortunate “classic LG” feel.

Well, at least it has Iron Man 2 tie-ins, I guess. Check out our hands-on video below for more details on the Ally.

After seven months on the market, the Motorola Droid is surprisingly doing very well. According to Motorola, there is still...